The Armasight is proud to introduce the Prometheus Mini Long-wave Infrared Thermal Imaging Monocular, representing the latest evolution in our never-ceasing quest to reduce size and weight, while maximizing power, available features, and functionality. The Prometheus Mini’s remarkably compact size ensures that it can be concealed in a shirt pocket, and its featherweight mass of 230g makes it the lightest thermal imager currently on the market. Equipped with a digital compass and inclinometer, the Prometheus Mini offers the operator the tools necessary to accurately determine distance-to-target and target orientation. Additionally, Armasight’s proprietary hyper-image processing (HIP) code provides the Prometheus Mini with a robust library of software features to tailor images to the operator’s required optimum standards. The wireless remote and Bluetooth© capabilities prevent the Prometheus Mini from becoming obsolete, even as new applications and software hit the market. The Prometheus Mini is designed from inception to be waterproof up to 20 meters, and meet all of the established environmental requirements of MIL-STD-810(G). The Prometheus Mini demonstrates its operational flexibility for all mission applications. 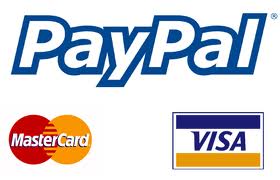